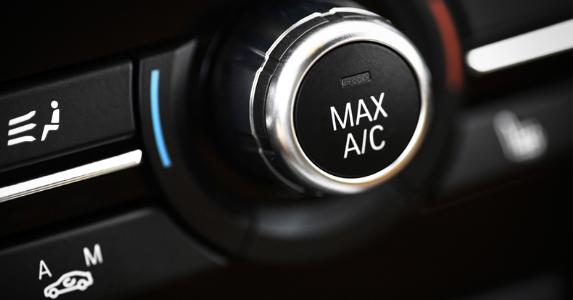 The sun’s out, temperatures are rising and surprise, surprise your car turns into a veritable but completely unwanted sauna. Naturally the first reaction is to wind the windows down and crank on the air conditioning – my kids do it all the time. Lowering the windows makes a ton of sense as the need to flush out the hot air that’s been trapped inside is critical! But if your car is equipped with air conditioning it will take a while (depending on such factors as age) for the system to start blowing cold air. The reason for this is because, somewhat counter-intuitively, the engine is cold despite the hot weather outside. As such, until the engine is “warm” the extra load placed on the battery, and in turn the engine, to get the A/C system to blow cold air leads to more fuel consumed. In fact, of all auxiliary power requirements air conditioning has the greatest impact on fuel consumption. Studies have shown that if you are doing mainly city driving turning off the A/C and winding the windows down could see an increase in fuel efficiency by up to 20% depending on the car’s cabin size and outdoor temperature. So if you wait until the engine has warmed up before turning on your A/C system it’ll mean less money spent at the petrol station AND a clearer conscious knowing you’re burning fewer fossil fuels! I always think of the driver as being like a captain of a ship and it’s up to him or her to ensure that the A/C system is off while the windows are down. Then, once the engine has warmed up, it’s up to you (as El Capitaine!) to ask your passengers if they’d prefer to keep the windows down or to crank on the A/C. Note that while some vehicles might default to the A/C being off when first starting the car, most don’t.

Do your bit for the environment and save yourself some money by remembering: when the windows go down switch the A/C off!

How much longer before the Government wakes up to the imminent road tax loss?