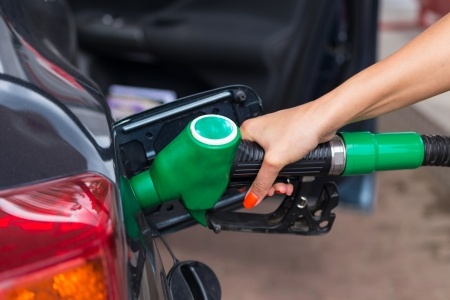 My wife filled our car with petrol last week and said that she often wondered which of the different “grades” she should put in. Fortunately, my wife is a very smart cookie so didn’t need reminding that diesel was obviously not an option (gasp!). I proceeded to tell her my thoughts on whether it was worth paying more for premium petrol, or supreme diesel, which I thought I’d expand upon and share with you here.

There’s lots of explanations bantered about as to why petrol stations sell different grades of fuel, ranging from “It’s an easy way for them to make more money”, to “The expensive stuff helps the environment”. The origins of the different grades stem from new engines that began to appear in cars back in the early 1980’s in response to the fuel crisis and substantiated environmental studies. Simply put, car manufacturers were forced to make their cars more fuel efficient. The fuel crisis co-incided with Japanese cars being exported globally which had engines that required an unleaded fuel that burned at a different temperature to the more traditional European and American built engines, many of which still ran on the heavily polluting leaded fuel. These Japanese cars were not only smaller and lighter, but also more fuel efficient. Fast forward to today and, while leaded fuel has all but disappeared from our forecourts, we are now faced with different choices of unleaded and diesel fuel at the pumps – namely Regular or Premium petrol and Regular and Supreme Diesel. What exactly is the difference, you might ask? Fortunately, for diesel it’s a little easier to explain. In the case of petrol, however, it’s slightly more complicated and nearly impossible to answer without introducing some technical terms beginning with “RON”, which stands for Research Octane Number. RON is a standardised measure of the performance of an engine fuel. The higher the octane number, the more compression the fuel can withstand before detonating to generate power. Here in the UK, premium grade petrol fuels are usually 98 RON while regular grade is 95 RON.

This is probably the right time to introduce another ghastly technical term: “Compression Ratio”. Have you ever seen a piston going up and down working at a furious pace in an engine? Well the Compression Ratio is the ratio between the volume (ie space) in the cylinder when the piston is at the down part of its cycle, and the volume when it’s at the top. High end sport and various luxury cars typically have higher compression ratios because this style of engine creates more mechanical energy thanks to greater thermal efficiency (errr what?!? Fear not – it’s not that complicated! Thermal efficiency is simply the amount of heat generated that becomes re-useable energy). With increased thermal efficiency you get better performance and, sometimes, better mileage. However, the pressure of the piston going up and down in a high compression ratio car is more prone to going out of whack which can lead to an incorrectly timed detonation of the spark. This can result in the dreaded “Engine knock”. To prevent this, high compression engines typically require a higher RON fuel that can withstand more compression.

That’s about as technical as I want to get (phew!), and hopefully you now know that a Premium grade fuel, with its higher RON, will work better in cars that have higher compression ratios. So what does all this mean for you? Well, if you’re driving an expensive car have a look inside the filler cap to find out if you need the expensive stuff! If you’re rolling in more family-style car, the lower 95 grade is likely all you’ll need. Cars sold in the UK today have computers that adjust to allow for the engines to run on 95 thus negating the need to put in the expensive stuff. But if you’re driving a vehicle that is more than, say, 10 years old and likely doesn’t have the computers why not fill up with a higher grade next time and see if you notice any difference. Is your car quieter? Does it feel more powerful? Are you getting better fuel mileage? If you answer yes to any of the above, then it would certainly make some sense to fill up with the expensive stuff – particularly if you notice better mileage! Chances are, though, that with a newer car you likely won’t see any benefit.

And what about my diesel-powered family SUV, you ask? Are there any benefits to filling up with the “Supreme Diesel” that I see on the forecourts but have traditionally shied away from? Happily, the benefits of buying expensive diesel are far easier to explain. Unlike petrol engines, diesel engines don’t use spark plugs to detonate fuel to create power, they simply compress fuel with air. As such, Supreme diesel fuel doesn’t have a higher octane rating, it merely has more chemicals added to remove excess soot and oil within your engine. This will ensure your diesel filter remains cleaner, and hence more efficient, for longer. For these reasons, it makes a lot of sense to run the expensive diesel through your engine every thousand miles or so.

If you’ve made it this far, well done! I apologise if this has all been too boringly technical. But if you’ve come away learning that putting in the expensive stuff in your older petrol engine could have benefits  – but less so in a newer car – and that expensive diesel should be put in every 1000 miles or so, then that’s a result!

China’s car industry – a joint-force to be reckoned with!

Why is my car covered in red dust??