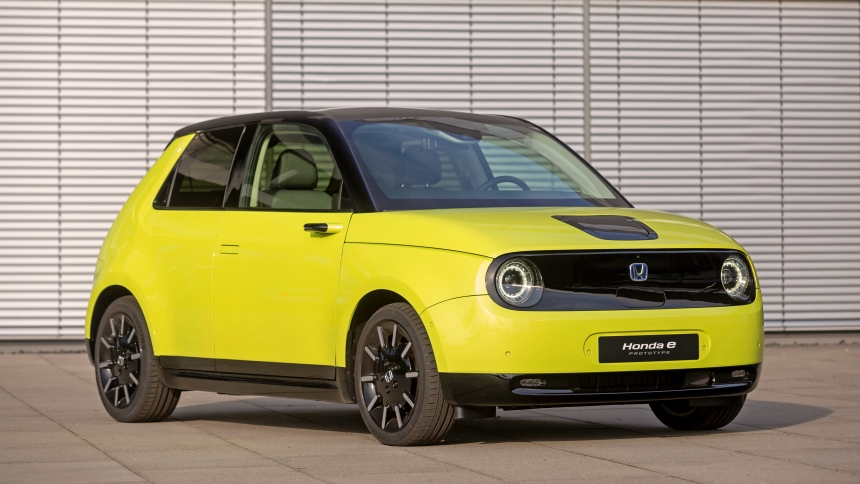 At last, Honda’s first all-electric city car – the Honda e – has arrived to our sunny shores. What’s it like, I hear you ask, and is it better than its direct competitor, the Mini Electric? Let’s find out!

Firstly, style. The Honda e has a refreshing take on previous generations of small Honda’s. You’ll have to be of a certain age to remember the 1st generation of Honda Civic but suffice it to say that when that particular vehicle was launched in 1972, it was a huge success. Fast forward nearly 50 years and here we have a vehicle that once again will capture the hearts of those people who want a small, nimble, fun city car. While slightly more square than Civic’s of yesteryear, the shape has a distinctly trendy look to it and works really well. How does the styling compare to the Mini? Lest we forget that the Mini is a tried and tested design that delights, well, just about everyone. The Mini Electric is more or less identical to the non-electric Mini’s design (save for a few badges to let you know that it is indeed a fully electric vehicle) so if you’re a Mini fan, you’ll like the Mini Electric, too. This also means that the Mini electric is slightly more inconspicuous in its electric-ness, whereas the Honda e presents itself as a new-age, forward thinking, all-electric, city car.

What’s the inside like? This is where the Honda e really sets itself apart. Unlike the Mini that carries over much of its interior design language from the standard Mini, the Honda e is completely new and innovative. Your eyes are instantly drawn to the two massive screens that stretch the whole width of the car. This means that even the passenger gets to look straight ahead at their very own 12.3in screen, while the driver gets an 8.8 display in front of them. While the jury is out as to whether huge screens are desirable (in any vehicle) from a safety perspective, there’s no doubt that there is a wow factor when you sit in the e for the first time. Honda is one of the first cars to do away with traditional side view mirrors in favour of small cameras (on the outside where side view mirrors would normally be) that project the images onto screens mounted in the corners of the front dash layout. As cool as this might appear initially, it becomes apparent very quickly that this is one step too far. Simply put, traditional side views mirrors are less distracting on the eye and work just as well. And there is zero lag in image time with a traditional mirror which again brings up the question of safety. What does work well in the Honda e is the cabin layout. There’s no transmission tunnel separating the driver and passenger, so the interior cabin feels spacious. This car is a 4 door (unlike the Mini Electric which is currently only available in 2-door guise) and, thanks to the extreme positioning of all four wheels, the rear seats are remarkably spacious. Two adults can sit back there comfortably – albeit in a slightly upright position – even with the front seats in their further back positions. Behind the rear seat we find a boot that is 171 litres in size. This is 40 litres less than the Mini which is already small. But really, if you’re enticed by this genre of car, chances are boot space isn’t a massive consideration for you. Will it hold your weekly shop? Absolutely. Will it hold an Ikea flat pack? Most certainly not.

Lastly, cost… How expensive is this newest all-electric City car? The Honda e comes in two different trim levels – base and e Advance. Prices for the currently available e Advance start at £29,160 which includes the £3k government-funded Plug In Car Grant. This puts the Honda e nearly £2k cheaper than the Mini Electric Level 3. The battery packs are more or less identical, with the Honda using a 28.5kWh battery vs the Mini Electric at 28.9kWh. Even taking the additional weight of the Honda e into consideration, the reality is that you’ll struggle to get much more than 100 miles of range on a full charge from this car, whereas the Mini Electric will likely give you 110 miles.

So, what’s the verdict? If you want something that boasts an exciting style, love a car that is loaded with cool screens and technology and could appreciate the extra doors for convenience, go for the Honda e. If you can’t get enough of a classic style and want a car that feels zippier, then go for the Mini Electric. Either way, both are excellent options for City driving.

Oct car review: The Audi A6 Avant – Better than the 5-series estate or Merc E-class?