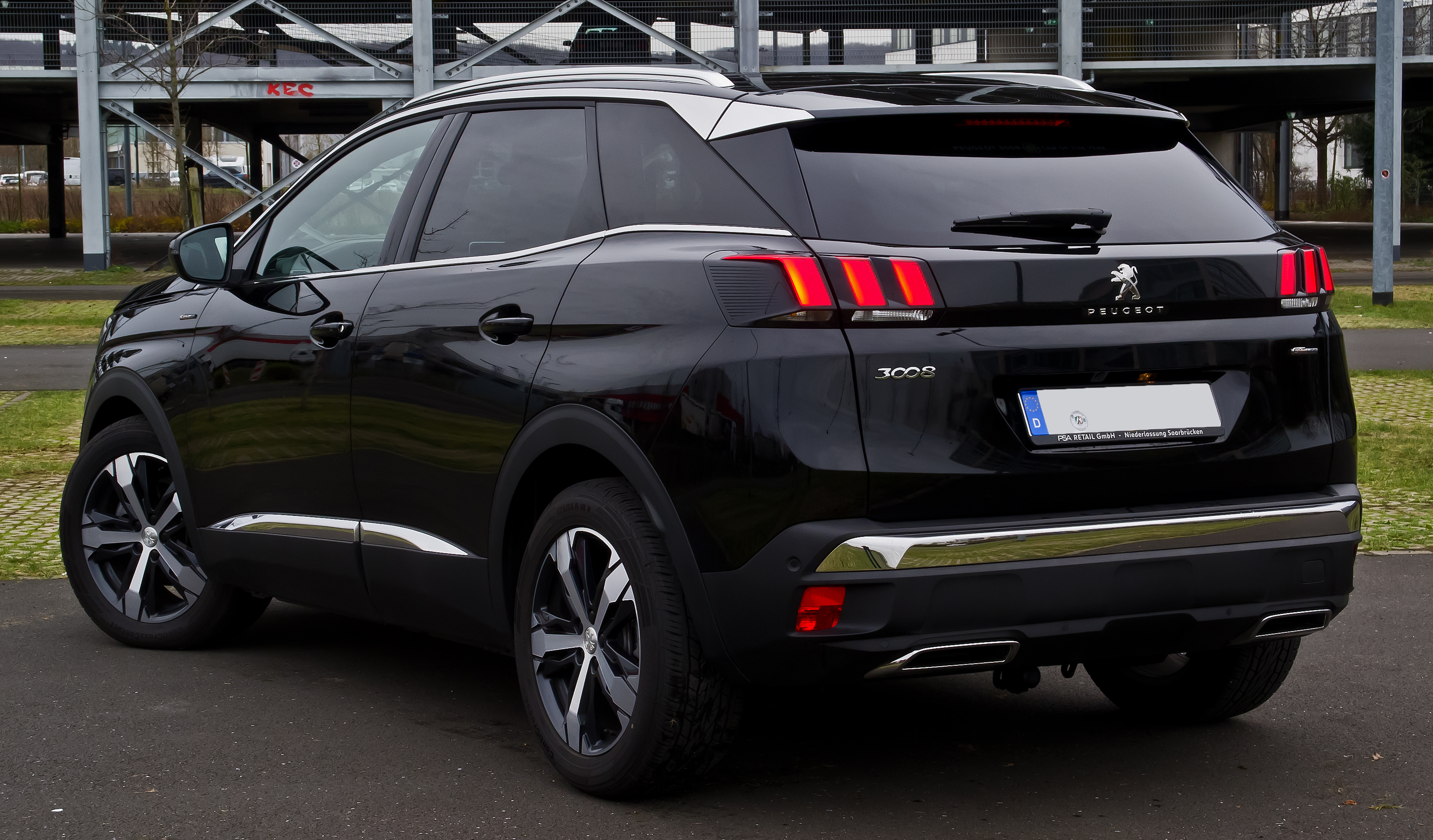 On a recent weekend away, friends of mine were given a loaner car for their trip. Despite not being thrilled that they had to, yet again, part with their BMW due to unforeseen mechanical issues they were pleasantly surprised with the car that they were given: a 2018 Peugeot 3008. Pulling into the driveway of our shared AirBnB cottage we all commented on the sleek lines of this latest incarnation of the 3008. What was also interesting to hear is that my friend said driving this 3008 was a delight. So let’s dig a little deeper to see if it’s a worthy competitor to others in this very competitive class of crossover mid-size SUV, which includes the popular VW Tiguan, Nissan Qashqai, Skoda Kodiaq and Kia Sportage.

Peugeot and its French brethren have historically never been afraid to push the limits of style, but sometimes to a fault. One doesn’t have to go back very far to be reminded of design failures, such as the Renault Avantime, Citroen Xsara Picasso, or the Renault Vel Satis. While commendable in their attempts, these were just a step too far for what consumers were willing to tolerate. This second generation Peugeot 3008 launched in early 2017, on the other hand, was met with immediate enthusiasm. It successfully blends rugged and sleek together to set this Crossover SUV apart from its direct competitors. In fact, the styling resembles that of the much more expensive Range Rover Velar or Jaguar F-Pace. Not bad company, then…

The new Peugeot 3008 is offered in four different trim levels, starting with the Active Trim that starts at ~£25k. Next is the Allure before arriving to two different versions of the GT, which starts at just over £30k. Interestingly, none of the 3008’s are offered in four-wheel drive – front wheel drive only. I’m not sure this is an issue simply because most owners won’t be taking their 3008’s offroad. Our test vehicle was in the Allure trim and as a pure value proposition, this is the one to go for. It gives you oodles of kit as standard, including dual climate control, sat nav, Apple CarPlay, electric folding side mirrors and electric windows front and rear. Regarding engines, there are four to choose from – two petrols and two diesels. If you’re planning on doing just city driving, the 1.2litre petrol with 131bhp will be just the ticket for you. If you’re likely to couple city driving with the occasional weekend away, you’ll prefer the more powerful 1.6litre engine that produces 179bhp. Both emit under 130g/km of C02 thus making for a very reasonable annual road tax of just £145 and £165 respectively in the first year of ownership before falling to the flat £140 for the next five years. If you’re doing pure motorway miles, either of the diesels (1.5litres, 2litres) will work nicely for you but do suffer from a slightly gruffier sounding engine.

Moving to the interior and the cabin compliments the successful exterior styling flawlessly. Other SUV’s in this class often fall short with cheap interior plastics (I’m looking at you, VW Tiguan!) or poor ergonomics. Not so in this 3008 which has a distinctly upmarket feel. The driver’s area has been inspired by an aircraft, with Peugeot aptly naming it i-Cockpit. The main 8in centrally mounted screen is clear and easy to use. Also, they’ve linked the main features of the screen with piano key-style buttons just below that allows you to toggle between the different infotainment features such as radio, sat nav, climate control and telephone. This is just so easy to use and a welcome throwback from the more contemporary “Menu” style infotainment systems found on virtually every other new car.

In front of the driver and above the top of the steering wheel (more anon) is a completely configurable 12-inch digital dash display. You can choose to have a digital read out of your current speed with an analogue display and rev counter on either side, or you can have your Sat Nav map in the middle with digital readouts of your speed and revs on either side. This type of configurable dash display is more likely to be found in much more expensive offerings and is very similar to the system found in current Audi’s, for example.

Interior cabin space is excellent – a proper middle seat, with no transmission tunnel in the way, allows for three passengers in the rear to travel in comfort. Further back, the 520 litres of available space in the boot is impressive for this category. Not only that but pull a lever on either side of the boot compartment and down pops the 1/3 to 2/3 split folding middle seats to give you an impressive 1580 litres of cargo capacity. And better still, the front passenger seatback can fold forward to allow even the longest of items to fit. This converts your 3008 into a veritable American-style pick-up truck! This is clever and I’m not sure why more cars don’t do this.

And what of the drive, you ask? The Peugeot 3008 is very civilised. It deals with bumps well and is surprisingly quiet for a car of this genre. One shouldn’t expect this style of car to be suitable for twisty roads and the 3008 is no exception. But it does have the controlled firmness of a Skoda or VW as opposed to the uber softness of a Nissan Qashqai. The steering is light which might put off those drivers who want more feel for the road. However, if you’re likely to be doing city driving the lighter feel will be most welcomed, particularly when it comes to parking. And speaking of steering, Peugeot has introduced a smaller steering wheel across many of their newest models. It might take time to adjust to, but I loved the feeling of it. This could be because I felt like I was in the cockpit of an F1 race car channelling my inner Alain Prost! The smaller steering wheel also allows for an interesting design feature – the aforementioned digital dash display is positioned above the top of the steering wheel to give an uninterrupted view of the configurable screen. I must say, it works very well.

To conclude, the Peugeot 3008 should be on anyone’s shortlist in the mid-size Crossover SUV segment. It is arguably the best looking in its class and boasts the classiest interior, too. Value-wise, this is going to be tough to beat. As for my friends who had ongoing issues with their BMW? They sold it back to the dealer and went for… a Peugeot 3008!

Car Sleuth dislikes: Small steering wheel mightn’t be for everyone