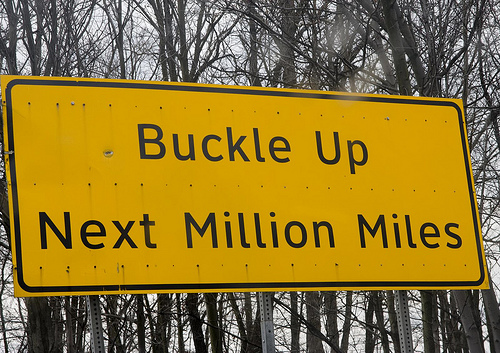 Sadly, it has become abundantly clear that every corner of the world is being impacted by the coronavirus. The health and wellbeing of family and friends, and the global population in general, is at the forefront of our thoughts. After that, the health of the economy is a major concern.

Small businesses will undoubtedly suffer as people are forced to stay home and self-isolate. Worryingly, many may be forced to shut up shop altogether. Alas, larger businesses are not immune either – the global automotive industry is one of the most inter-connected industries in the world and the coronavirus is proving to be a massive shock to supply chains. Further, with employee well-being paramount, car manufacturers are shutting down plants altogether. Dealerships could soon follow and be forced to close their doors, too.

Here’s a quick snapshot at what car manufacturers have done thus far:

BMW – Announced on March 18th that they’re preparing to suspend production starting at the end of this week (March 20th) at plants across Europe and South Africa until April 19th.

Daimler – It will shut “most of its production” in Europe for 2 weeks, beginning March 19th. They alluded to the fact that current supply chains cannot be maintained.

Ferrari – Closing production plants in Italy from March 14th until March 27th (at the earliest).

Fiat-Chrysler – Announced that they are closing their plants from March 16th in both Italy and Serbia for 2 weeks.

Ford – Will be closing production facilities across Europe from March 19 “for a number of weeks”.

Nissan – They shut all European production on March 18th (no date set for re-opening).

PSA Groupe (Peugeot, Citroen, DS, Vauxhall and Opel brands) – Will be gradually closing their production facilities across the UK and Europe from March 16th until March 27th.

Renault – Shutting factories from March 16th across France (12 facilities) as well as in Spain and Romania.

Toyota – Production facilities in Britain and Poland stopped on Wednesday the 18th, production at its Czech facility will close Thurs 19th, while operations in Turkey will stop on Saturday the 21st.

Volkswagen – VW has 124 production sites globally, with 72 in Europe (28 in Germany alone). Various country facilities are scheduled to be shut for 2 weeks beginning the week of March 16th.

Meanwhile, the UK government has held talks with both Vauxhall and Honda (Sunderland) to convert their production lines to manufacture ventilators because hospitals are in such short supply of this vital life-saving equipment. Not a bad idea, particularly if you get the added bonus of saved factory jobs.

Ominously, in the wake of the coronavirus, China saw new car sales fall by a staggering 79% (some reports have suggested this is closer to 90%!) in the month of February from the previous year. New car sales for March in Europe/UK will be published in a few weeks and it’s likely that we could see similarly depressing figures. Already in the UK new car sales have fallen each month in 2020 (~3% in February) – this before the coronavirus took hold. Ouch.

With the UK government suggesting that the public avoid both unnecessary travel and crowded places, people will likely rely on their cars even more for critical transport. So, will this have an effect on the price of fuel? Thankfully not – the price of oil has already been completely decimated over the last few weeks courtesy of a production showdown between heavyweight producers Saudi Arabia and Russia. Further, the coronavirus has put a global slowdown on all types of industrial production for which oil is a key ingredient. Both reasons have led to a growing supply of oil and their associated spin-off products including petrol and diesel. The Petrol Retail Association here in the UK has noticed a slight uptick in fuel consumption in city centres as people take their cars to get to work, but this has been offset by a reduction in fuel consumption at motorway filling stations – people are not travelling great distances right now. All this to say the chances of a fuel shortage are slim. Phew.

Depressingly for the armchair brigade out there, multiple events on the automotive calendar have been either cancelled or postponed. This includes the Geneva Motor Show, various early season F1 Grand Prix’s, and the Isle of Man TT race.

Buckle up, folks. We’re in for a long ride…

You’re fully charged for the winter, but is your car battery??

EV batteries not the only reason for fire…