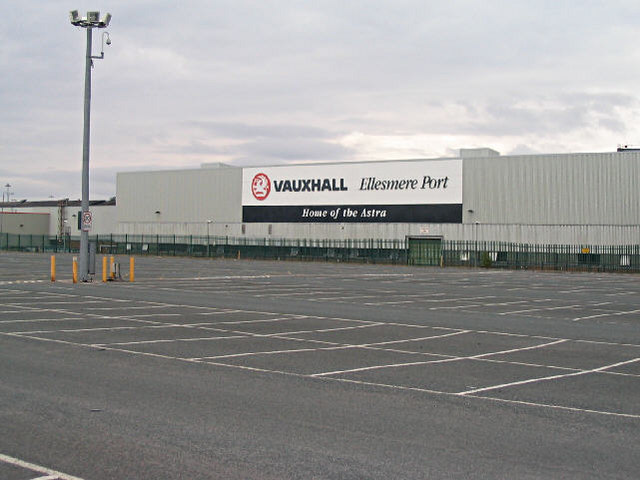 This story is interesting in so much as it addresses an elephant in the room – namely how does the UK car industry expect to survive in a post-Brexit world? The CEO of the newly formed Stellantis Group (a $50B merger between FiatChrysler and Peugeot – owners of Vauxhall) announced that he has reservations about the viability of Vauxhall’s Ellesmere Port factory which currently manufactures petrol and diesel Astra’s. Simply put, the concerns mount from the fact that should the UK government stick to its 2030 timeline for the abolishment of new ICE (ie petrol and diesel) vehicle sales then Vauxhall’s Port Ellesmere plant risks shutting because, as Stellantis CEO Carlos Tavares says, “It makes no sense”.

You may ask why this plant can’t be converted to an EV-manufacturing plant. While theoretically it could be – at considerable expense – the bigger concern is Stellantis would prefer to have a new EV manufacturing facility closer to its core EU market – ie on the continent.

This puts the UK government in quite a conundrum. Do they risk having the Ellesmere Port plant shut, at the cost of a 1000 jobs, or do they do a U-turn on their 2030 timeline and/or introduce a slightly modified version to accommodate ongoing production of petrol and diesel vehicles.

Either way, the UK car industry is in a perilous state. Currently the UK is behind its competitors in the EV/battery production landscape and in the event the manufacturing of any UK-built EV does not meet the stringent – and extremely convoluted – Brexit rules regarding vehicle and battery production, the additional tariffs would make any UK-built EV for export uncompetitive from a sticker price perspective.

It hasn’t been lost on anyone that Boris Johnson’s grandiose announcement for the abolishment of new petrol and diesel cars by 2030 was done to appease environmental groups and to give the impression of being a trail blazer on the international scene. Whatever his intentions, the realities will be different. Further, one can’t help but think that Boris won’t be PM in 2030 at which point the new sitting PM could easily change the timeline for a ban of petrol and diesels to better reflect reality, blaming past governments for a lack for proper foresight.

In the meantime, for nationwide adoption of EVs the amount of infrastructure that needs to be built can not be underestimated. While the uptick in the sale of EVs in 2020 (from an incredibly low base) paint a rosy picture, the reality is that we are likely to be rolling in a dual EV/ICE world for decades to come.

Oil drops to lowest levels ever! Will this mean free petrol for drivers?

Japan caters to its ageing drivers – but will it be enough?