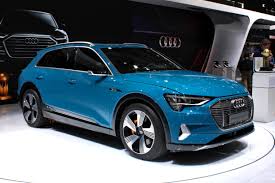 The above Bloomberg link points to a story showing Audi’s voluntary recall of all its new E-Tron SUV’s sold in the US (1644 total) due to the risk of battery fire. It’s important to note that NO fires have been reported.

The recall came about after five cases of owners flagged a battery fault light that appeared on their dashboards. Audi has since declared that the fault is due to a moisture issue within the battery area. It has been widely accepted that EVs are no more subject to catching fire than a more traditional internal combustion engine however, because EVs and their lithium-ion batteries are a new entrant in the automotive landscape, there is still a lack of standardised safety design systems.

Audi’s new fully electric e-tron SUV went on sale in the this past April. It is a worthy contender to the likes of the Tesla Model X, as well as new models from more traditional car manufacturers such as the Jaguar i-Pace. The recall could be a setback for future sales of the E-Tron, which would be a shame because it is one of the better looking EV SUVs on the market. Watch this space!

Is Musk Getting Musty?