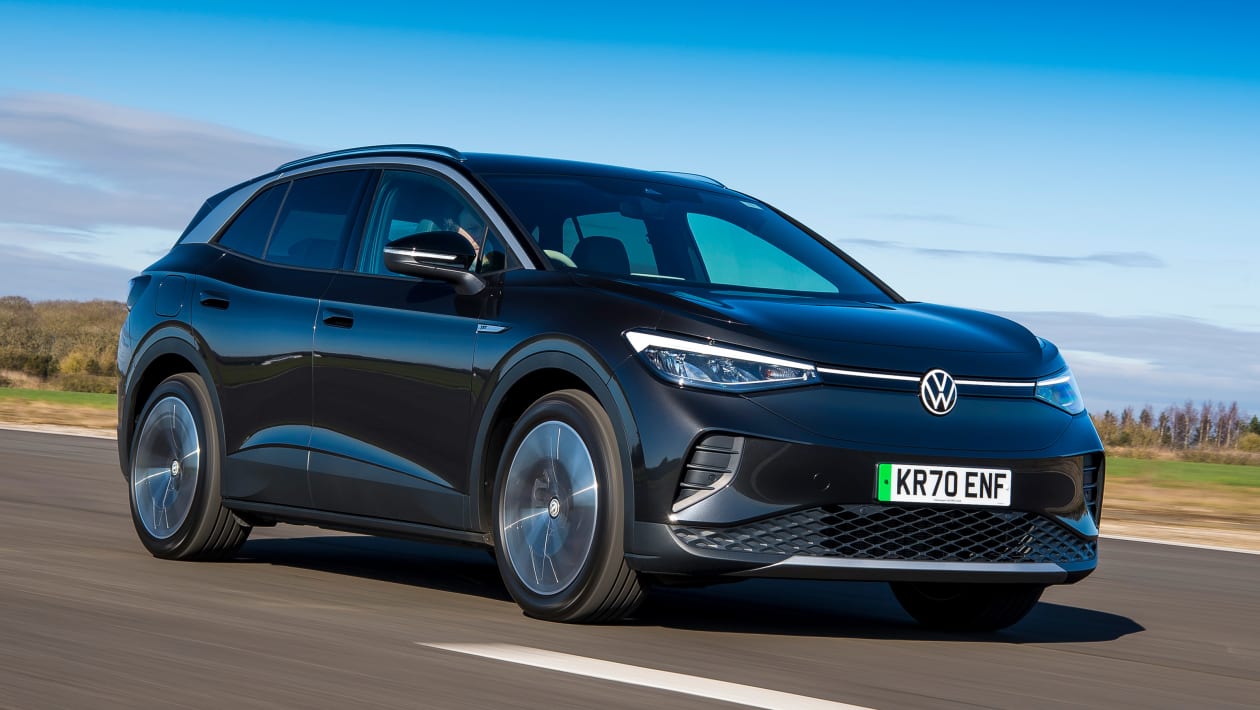 I elected to swerve on reviewing the all-electric VW ID.3 because I was awaiting the release of its bigger, more SUV-like sibling, the ID.4.

You won’t be at all surprised to learn that the ID.4 is built on the same platform as the ID.3. These form the underpinnings of VW’s new all-electric architecture, termed “MEB” (I’m not going to tell you what MEB stands for – it’s too painful. Ok… I will: Modularer E-Antriebs-Baukasten).

For context, the ID.3 was met with much fanfare but as the dust settled it dawned on car reviewers and consumers alike that this newest entrant to the EV world – that was to compete directly with the Tesla Model 3 – was distinctly… underwhelming. For a company that has banged the drum as loudly as it has regarding their spending of billions and billions on developing a brand new range of fully electric vehicles, this first stab lacked exterior style while not exactly bringing the latest and greatest quality to the interior, either. To say the ID.3 is a disappointment is slightly harsh, but it’s not harsh to say that we expected much, much more.

So could the ID.4 right the wrongs of the ID.3 and show us that VW are in the fast lane with their billions being spent? The short answer is yes, but this is mostly because the ID.4 is being presented as an SUV (or more precisely, a crossover SUV) which would, theoretically, appeal to the masses who have come to love the higher up driving position and more commanding road presence that an SUV has to offer. And yet (there’s always an “And yet…”in any car review, isn’t there?!) because the ID.4 is basically just a hopped-up ID.3, this second all-electric VW falls short, too.

It becomes impossible to review an EV and not re-hash the seemingly never-ending challenges of pure-EV ownership (poor range, slow charge times, inadequate charging infrastructure, expensive). The ID.4 is no exception.

There’s no doubt the styling of the ID.4 is an improvement on the ID.3 and will surely appeal to a huge pool of crossover SUV buyers. For context, the ID.4 sits right in between an Audi Q3 and a Lexus NX in terms of size. Boot capacity should be perfectly decent for most at around 550 litres.

Like the smaller ID.3, the minimalist interior of the ID.4 is eye-catching, but it quickly becomes apparent that corners have been cut to save costs through the abundant use of plastics throughout the cockpit. Separately, and rather amazingly, the infotainment system is completely sub-par. Menus, sub-menus and further sub-menus leave users feeling completely frustrated. Despite VW’s assurances that over the air updates will be forthcoming, the infotainment system in its current state is a fail from VW – there’s no excuse for not having this completely nailed right from the get-go.

With its low centre of gravity, the drive of the ID.4 is actually quite good, and drivers and passengers alike won’t be jostled about too much going around any of the UK’s infamous roundabouts. The 0-60mph sprint is achieved in an acceptable 7.4 seconds. This isn’t Tesla-like, but sprint times have become so unnecessarily over-emphasised that they’ve become, well, silly.

Prices for the ID.4 are a bit all over the place but mentally adopting a £40k sticker price is about right. But brace yourselves for trim levels – VW has told us there will be roughly 20 (TWENTY!) going forward which could lead to huge headaches when it comes time to spec out your new ID.4. Why does VW do this to us?

So should you buy an ID.4? As always, it depends on what your intentions are. If you’re looking to replace your old diesel-powered SUV to load you and your family down to Cornwall for half-term breaks, then no. The range just isn’t there. But if you’re keen on maintaining a higher-up driving position with good styling, and plan to use the car mainly for in-city driving, then sure. But best leave the infotainment system alone…

The Peugeot 3008 – Is this the most stylish Crossover on the market??