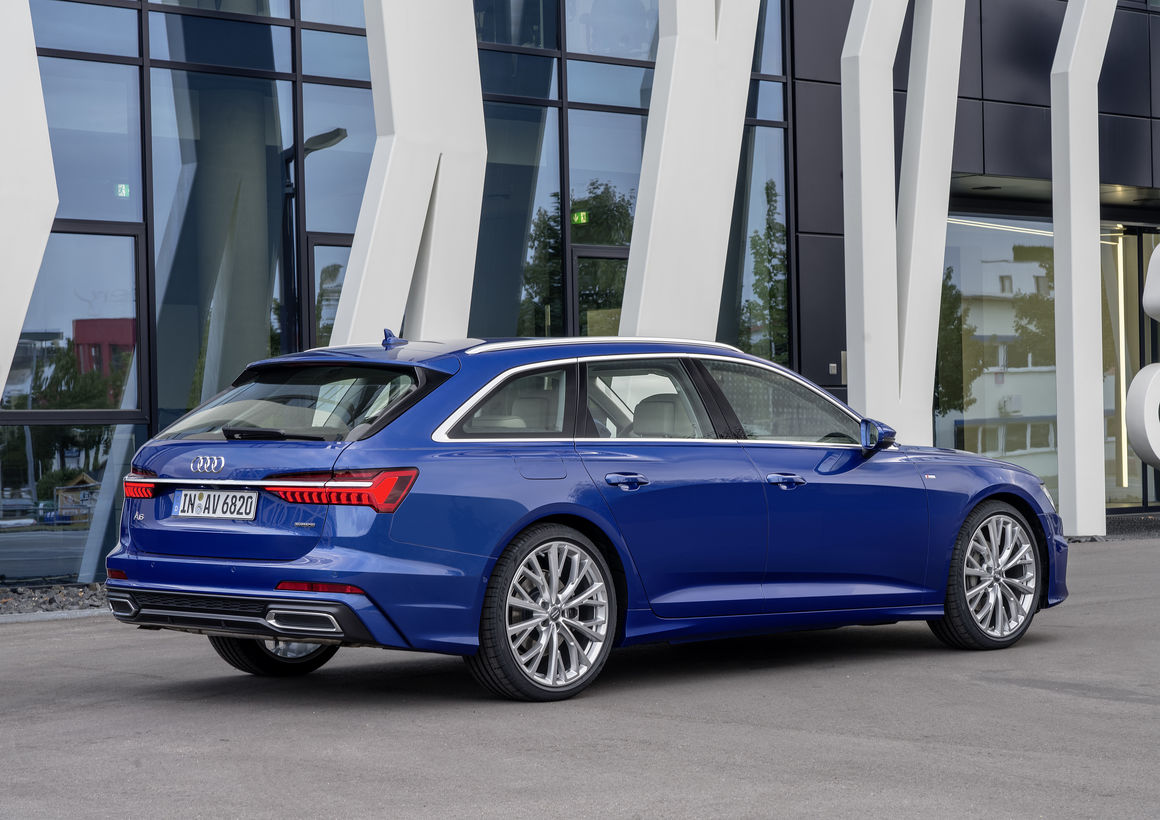 At a time when SUV’s are dominating the family vehicle market, one could question why car manufacturers continue making estates. Audi has just revealed its new A6 Avant to take on the likes of the BMW 5 Series Touring and the Mercedes Benz E-class Estate, thereby demonstrating that the big three luxury car brands are keen to continue making this style of vehicle. It hasn’t been lost on Car Sleuth that Audi is making some seriously nice cars right now and none more so than this new A6 Avant. Let’s dig a little deeper…

At first glance, you’ll immediately be reminded that this is an Audi because of the rather distinctive front grill. Now evident across Audi’s full range of family cars and SUVs, the grill looks like a cartoon character with a stick wedged horizontally in its mouth. It’s not ugly per se but your eye is drawn to it more than in Audi’s of yesteryear. Meanwhile, the overall look of the new Avant is more imposing due to it being slightly wider and taller than its predecessor. The styling has had some changes too, with the front now having larger air scoops below the unchanged headlamps. At the back, the rear sees tapered brake lights joined by a cool chrome strip running the width of the tailgate below the rear windscreen. Also, the dual exhaust pipes have changed from a rectangular shape to a more diamond shape with added reflective lights just above. All in all, this is a very smart looking estate.

Moving inside and starting with the all-important boot space: A6 Avant loyalists will be happy to learn that the song remains the same – 586 litres with the seats up and 1680 litres with the back seats folded down. This is barely smaller than the 5 Series Touring yet is still less than the class-leading Merc E-class at 640 litres/1820 litres. Moving forward in the cabin, the rear seats are plush and have enough head room for any 6ft tall passengers. The middle passenger mightn’t be thrilled as the transmission tunnel does run through, thus minimising foot space. Further forward still and you’d be hard pressed to find either driver or passenger unhappy with the environment. Seats remain firm in Audi’s age-old way of saying “drive me for 10mins or 10hours and you won’t suffer back pain”. The centre console sees an infotainment system with two screens, mounted one atop the other. There’s no point listing all its features because, as you would expect from a vehicle that starts at £40k – but can easily rise to £70k for a top spec’d model – it does just about everything you would expect. And yet operating the system while driving is a different affair as it quickly becomes apparent that it isn’t quite as user friendly as you’d like it to be. This begs the question: when o’ when will a car manufacturer come out with an infotainment system that pleases all?? There’s got to be a trick there somewhere! I digress… Below the infotainment screen sits another screen that controls the dual climate screen which, once again, does everything you would expect it to. The only gripe with the screens is that because they’re both touch-screens, finger smudges are there for all to see when the screens aren’t illuminated.

And finally, how is it to drive? Alas, it depends on which model you choose. Currently there are only two diesel engines on offer for the A6 Avant with petrol options expected either by the end of this year or early next. The 8-speed Tiptronic automatic transmission found in the bigger 3.0 litre diesel version struggles to find the right gear resulting in a constant shifting-up/shifting-down sound. This can be annoying for shorter trips in the city. Ironically, the smaller 2.0 litre diesel engine is fitted with a 7 speed S-tronic automatic gearbox that makes for far smoother gear shifts. Add to the fact that the 2.0 litre version without the all-wheel drive Quattro system weighs less and you may find that this is the more suitable option for you if you’re mainly doing short, inner city drives thanks to its increased manoeuvrability. The 3.0 litre is more refined at motorway speeds and would be ideal for those February half-term runs to the Alps with the added help of the all-wheel drive system. It’s up to you to decide which would suit your needs better.

To conclude, the new Audi A6 Avant with its sharp exterior looks and top-notch interior should be on anyone’s shortlist who still has a soft spot for the old school family load-lugger. But choose wisely between the two different versions.

The Peugeot 3008 – Is this the most stylish Crossover on the market??