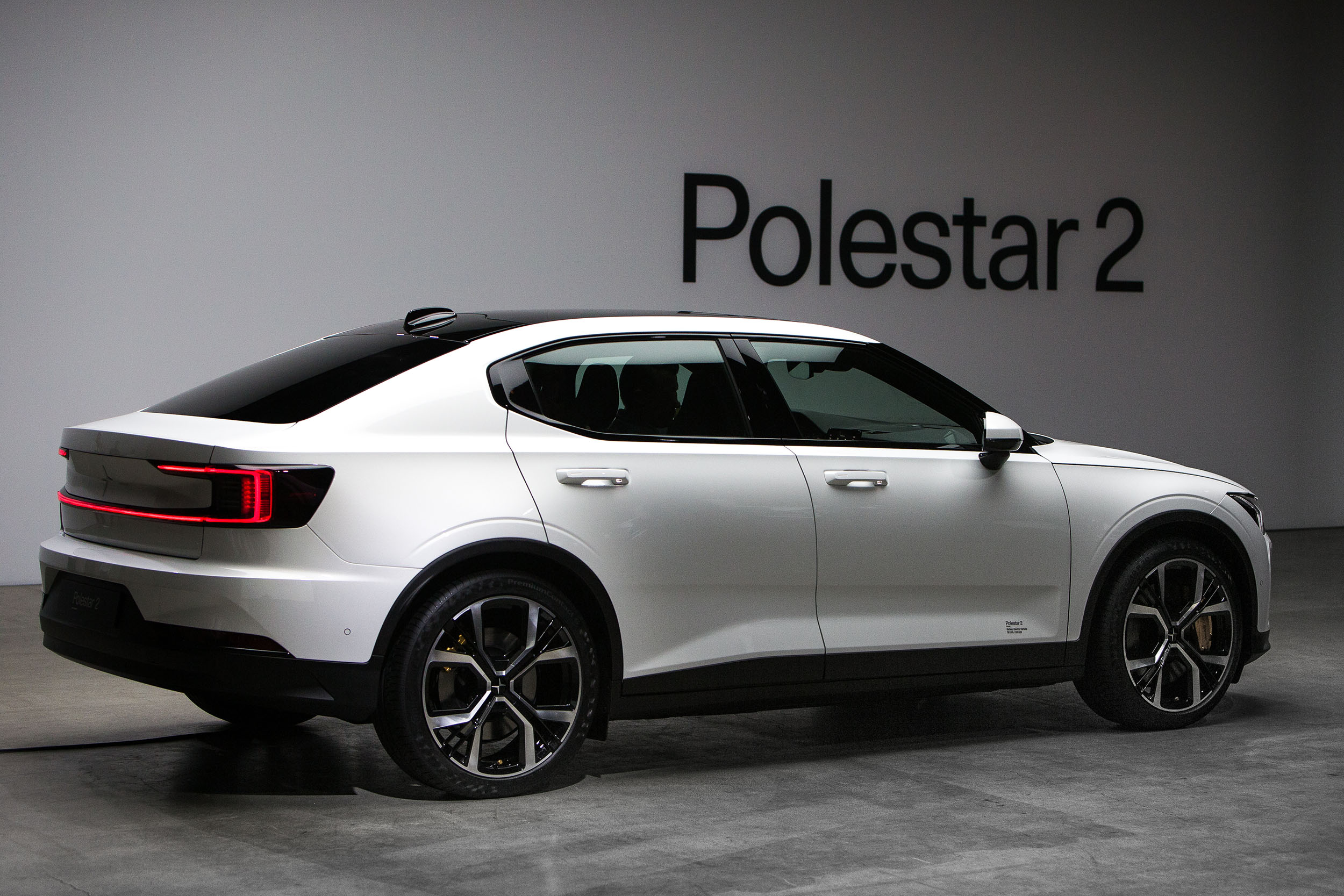 I was invited to see the new Polestar 2 (full) EV at a private viewing in London’s east end. Annoyingly, it was just a “physical viewing” (their words, not mine) meaning no test drive on offer…

For background, Polestar is the new EV spin-off division of Volvo. Lest we forget that Volvo is now owned by Geely, one of the bigger Chinese EV manufacturers out there (anecdotally, the new EV London cabs, LEVC, are made by Geely – look closely and you might recognise some bits from a Volvo). In the past, Polestar was positioned as Volvo’s sportier offering, similar to AMG at Mercedes Benz or M-Sport at BMW. And yet Polestar-modified Volvo’s never really took off, likely because people just don’t associate Volvo’s as being performance vehicles and because the price point was just too high.

With the panic from auto manufacturers to offer EVs, Volvo converted Polestar into a stand-alone EV company. This un-originally named Polestar 2 is the second offering (no surprise there) with the more expensive Polestar 1 two-door coupe only available in a hybrid. Thus, the company is placing a lot of hope on the Polestar 2 to go head to head with the Tesla Model 3.

Let’s get the basics out of the way… First thing is the price: Volvo has suggested that it will come in at just under £50k. This is punchy and does put it above a base-priced Tesla Model 3. Also, a cool £5k can be added that gets you the Performance Pack. This includes Brembo brakes, bigger (20”) wheels, bits of flashy gold-coloured trim and added Ohlins dampers. Not having driven the vehicle, I can’t say whether the additional cost is worth it, but getting close to a £55k price point makes me slightly… unenthusiastic. The two electric motors on each axle are driven by a 78kWh battery pack that will deliver a reported 311 miles on a full charge giving this four-wheel drive EV a supposed sub-5 second dash to 62mph. Pre-orders for the car are being accepted with a £1000 deposit, and production in China is set to begin in early 2020.

Let’s now move to the fun stuff. How does it look? Undoubtedly, the Polestar 2 is a handsome-looking vehicle. Volvo has decided to launch this car as a fastback with the ubiquitous sloping rear window that defines this shape – think BMW 4 series Gran Tourer or Mercedes GLC Coupe. However, despite the Polestar 2 being slightly beefier than the Model 3, it’s not lost on me that this is not an SUV and, as such, demand might be weak by virtue of that fact alone. (Anecdotally, it was more or less confirmed to me at the viewing that Polestar’s next offering (Polestar 3, perhaps?!) will indeed be an SUV, to take on the likes of the Q8-sized Audi e-tron.) There are some nice design features on the outside, including some very funky looking slim-line headlamps and the now trendy full-width brake light on the rear. The diamond-cut rims are stylish, too.

Moving inside and, had it not been flagged by the team presenting the car, I wouldn’t have picked up on the all-Vegan interior. Does that mean it feels especially nice? Sure, it feels nice enough. But so does a mid-range Toyota or Nissan, if you catch my drift. Separately, the infotainment system uses the newest version of an Android in-car system giving you the full gamut of Google services, including maps, Google-play and Google-assistant. All of this is accessed by an 11” touchscreen that looks (surprise, surprise) very similar to that found in any Tesla. One thing that I did find troublesome was getting in and out of the rear seats. The pronounced rear-wheel well juts into the side seat-back space making for some necessary, and not entirely desired, body contortions. Kids, no worries. Adults, less so.

Without the chance to drive the Polestar 2, it makes it hard to give a fulsome review. But should you put a deposit down on one? No, definitely not. Why? Because it’s just too expensive. The Polestar 2 will likely be offered in a cheaper version – albeit with less kit – at a later date, despite no timelines been given for this. In the meantime, I expect other EV’s to come to the market that will make for more compelling choices.

The new Porsche Cayenne Coupe – Do we need another SUV? You decide…