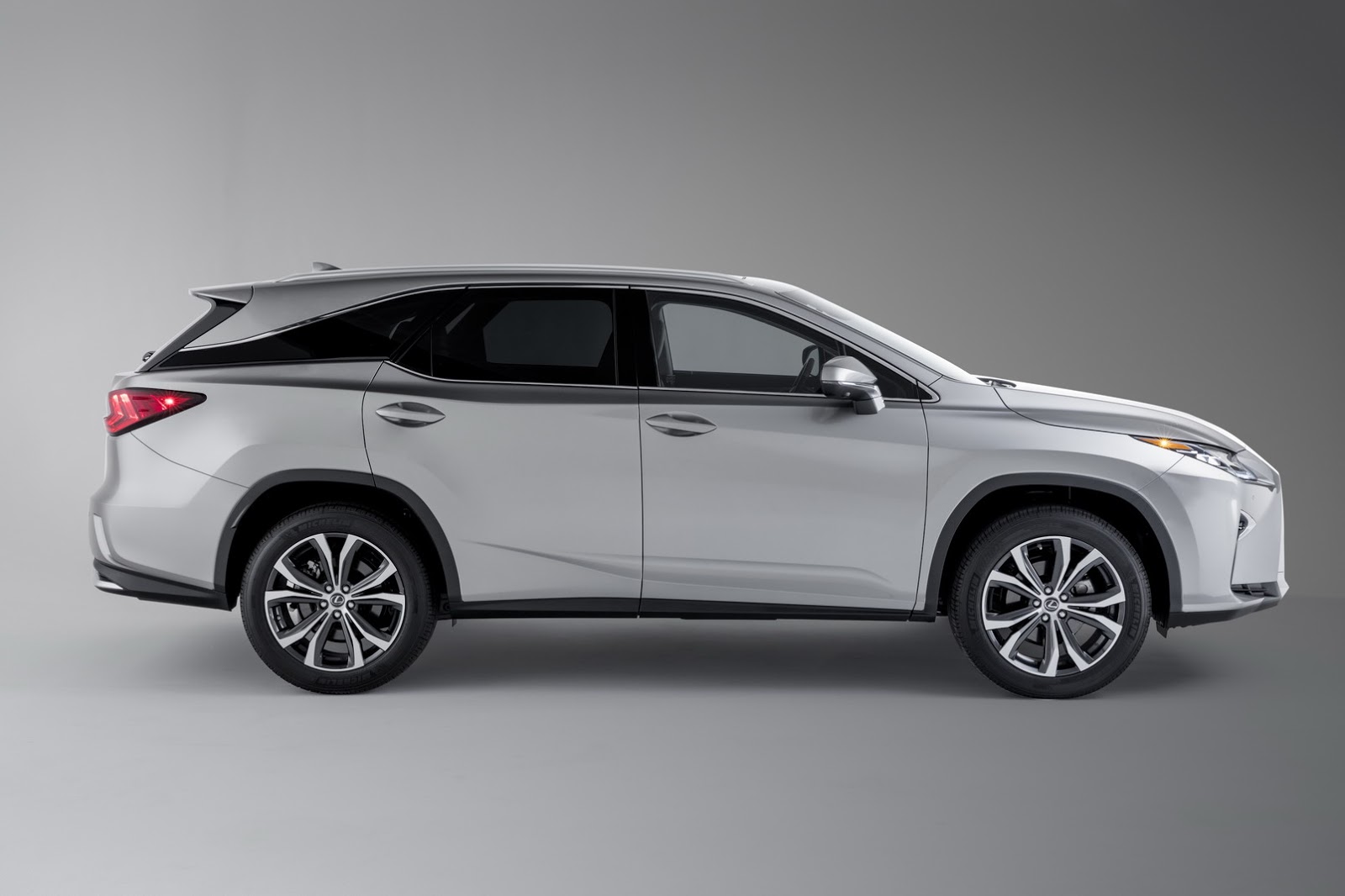 The long-awaited arrival of a 7-seater Lexus is finally here. First launched at the LA car show last November, UK residents finally got to see the new RX450h L live and in person in May. Based on the existing RX450h the new L, starting at £54k, has added 110mm in length to accommodate a third seating row. Those with higher attention to detail will notice a slightly steeper rear window to allow for greater headroom for third row passengers. The overall result is impressive, as the original good looks of the RX450h are maintained while adding the practicality of a third row. Likewise, the interior is very much in keeping with what we’ve come to expect from Lexus – high-end materials throughout while creating what Lexus designers have dubbed a “lounge” environment. The emphasis is on good lighting, good views for all, interior comfort and acoustics for easy conversation between all 7 passengers on board. The third row can easily be raised or stowed beneath the floor by the touch of a button which is a nice feature. And what of the drive? Well the first impression is always the most fun to highlight: you get behind the wheel, buckle up, press the Start/Stop button and wait for the engine to turn over only to be met by… silence. The electric motors engage first and remain the main form of propulsion until a speed of 30mph is reached, at which point the 3.5l V6 engine kicks in to help things along.  Combined, the total output reaches an impressive 308hp with 335Nm of torque. Comparing upmarket 7-seater SUV hybrid’s makes for pretty skinny reading simply because there aren’t any beyond this new Lexus. Yes, there does exist 7-seater PHEV’s (Plug-in Hybrid EV) a la Ranger Rover, Volvo and Tesla, but for those Londoners who don’t have home or office charging capabilities the Lexus is the way to go…

Car Sleuth dislikes: Not the sportiest to drive (hello ~£100k Range Rover PHEV), not the most capable off-roader (but really, do SUV’s ever get used off-road?)

The 2019 Mercedes-Benz GLE – Going from strength to strength!